A Conversation on Ethics with Stanford Professor Ronald A. Howard

Stanford Professor Ronald A. Howard, one of the founders of the decision analysis discipline, speaks about ethics in business and in life in a guided conversation led by Wharton behavioral decision scientist Barbara Mellers. Dr. Howard directs teaching and research in the Decision Analysis Program of the Department of Management Science and Engineering at Stanford, where he is also the Director of the Decisions and Ethics Center, which examines the efficacy and ethics of social arrangements. His book, Ethics for the Real World, examines ethical lapses that are far more widespread than can be attributed to the actions of “just a few bad actors.”

Using examples from business and life, Dr. Howard explores how to avoid ethical remorse, apply distinctions to clarify your own thinking, generate alternatives, and create a personal code to guide decisions. 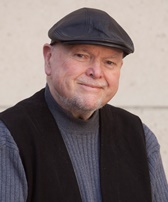 Dr. Howard has been at Stanford since 1965. His books on DA, probabilistic modeling, dynamic programming, and Markov processes serve as major references for courses and research in these fields. His experience as a practitioner ranges over numerous fields of application, including projects on investment planning, research strategy, hurricane seeding, and nuclear waste isolation. He and Prof. Howard Raiffa of Harvard University are widely considered the cofounders of the decision analysis discipline in 1964. 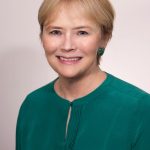 Dr. Barbara Mellers is a globally influential scholar of decision making and the I. George Heyman University Professor at the University of Pennsylvania. With appointments in the School of Arts & Sciences and the Wharton School, Dr. Mellers works at the intersection of decision-making science, behavioral science, consumer behavior, and human beliefs and forecasts.

“This was a new and intense process for us, but SDG did a superb job of shepherding us through it and got the entire team engaged.  The decision quality approach brought clarity about our strategic options and helped us to navigate a complex decision.”